Rapper MI Abaga has reacted to the lifting of the Twitter ban by the federal government after 7 months of suspending the app. The rapper took to the microblogging platform to speak on the issue as he shared that being away from the app for that long helped him put things in perspective.

He shared that being away from the app for so long helped him realize how toxic the app has always been. He further called on the older people who use the app to reduce the toxic energy in the space and make it kinder for the younger ones so they could embrace peace and love in the long run. Recall that the federal government lifted the ban on Wednesday after Twitter met all its conditions. 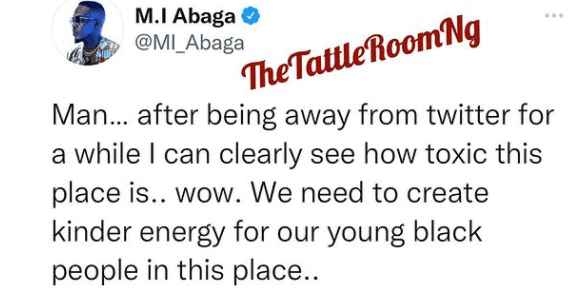