Harri Obi, a Nigerian media personality, has reacted to the ongoing conversation ahead of the 2023 general election.

The media personality in his tweets, stated that no one is talking about Igbo presidency. According to him, Yoruba-Hausa-Yoruba presidency has been normalized and the third major ethnic group has been shut out from any discussion on the highest office in the land.

Obi further stated that those saying the Igbos are not organized, forget that same excuse is a causative factor.

See his tweets below: 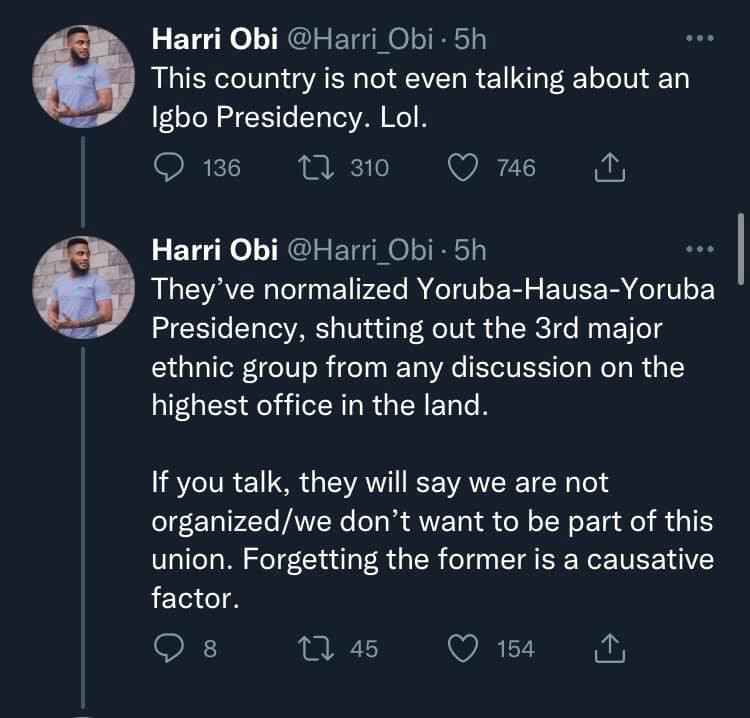 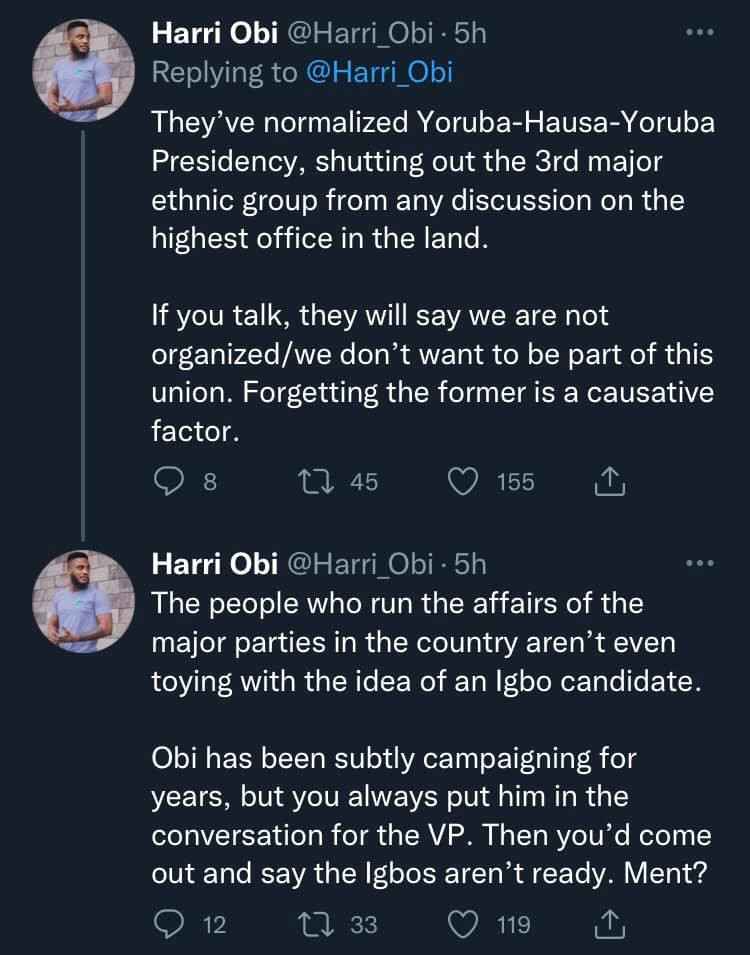 "Celebrity Breakups Made Me Question My Readiness For Marria...