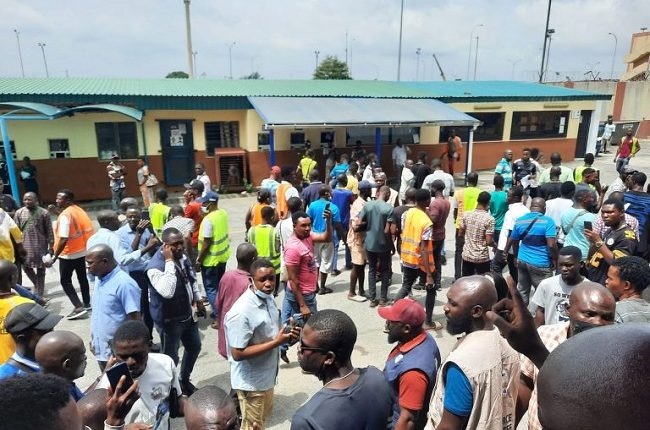 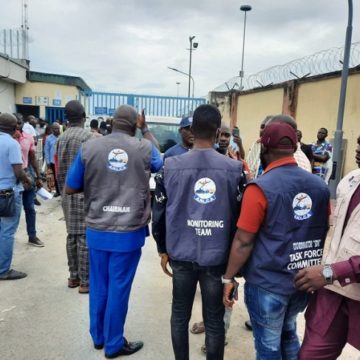 There is palpable tension at the Tin-Can Island Ports in Lagos as clearing agents under the aegis of the Association of Nigerian Licensed Customs Agents (ANLCA), on Wednesday, shutdown Roll-on Roll-off port operations at the Five-Star Logistics Terminal over alleged high-handedness and incompetence of the port operator.

The Chairman of the ANLCA Tin-Can chapter, Alhaji Muhammed Mojeed while speaking at a protracted meeting with the management of the terminal listed some of the challenges to include; a collection of demurrage on several vehicles that are yet to be discharged on-board a vessel, GLOVIS TELLA.

Alhaji Mojeed stated that cargoes are being delayed at the Five-Star Terminal as a result of lack of space at one of its affiliate bonded terminals; Classic Bonded Terminal, Ojo Lagos.

Also speaking, the Taskforce Chairman of ANLCA at Tin-Can port, Alhaji Rilwan Amuni lamented the lack of security at the terminal which has led to pilfering and vandalisation of imported vehicles.

Other grievances of the agents include; lack of adequate handling equipment, epileptic Customs servers which lead to the payment of demurrages amongst others.

The ANLCA Chairman and his executive have however made their demands known to the management of the Five-Star Logistics Terminal, saying that 50 per cent of demurrage on cars trapped inside the terminal should be waived or else, the terminal will remain closed.

General Manager of Five-Star Logistics Terminal, Mr Wolfgang Schneider, and his customer care officer, Mr Chucks Okoroafor promised to get back to the agents after consulting with management.

As at the time of filing in this report, all access roads leading into the Five-Star Logistics Terminal has been shut down, while the visibly angry agents have proceeded to the Customs OC gate at Car park C.

They alleged that the Customs OC gate was delaying already cleared cargoes sometimes for as much as 2-weeks for no just cause.

In spite of the huge investment in the water sector by the government and international organisations, water scarcity has grown to become a perennial nightmare for residents of Abeokuta, the Ogun State capital. This report x-rays the lives and experiences of residents in getting clean, potable and affordable water amidst the surge of COVID-19 cases in the state…  Tension in Tin-Can ports as agents shutdown Five-Star Logistics terminal operation