Nollywood actress Tonto Dikeh has cried out concerning the growing trend of invasion in people’s toilets.

he actress stated that her heart weakens whenever she wants to use the toilet because she is scared a snake might pop out of the toilet. The mother of one further stated that she wants to go and get an adult potty and asked if there is anywhere it is sold.

The moment a snake came out of a woman’s toilet and bit her there has been a call for people to be careful when using the toilet. Taking to the gram, the actress said all these.

The fear of this grew further because the woman who was pregnant died as a result of this. Now everyone is scared as people have also come out to testify that this is real. Music mogul Don Jazzy also dropped a video where he showed people the new way they should use their toilets so as to be able to run if they see a snake. See post below; 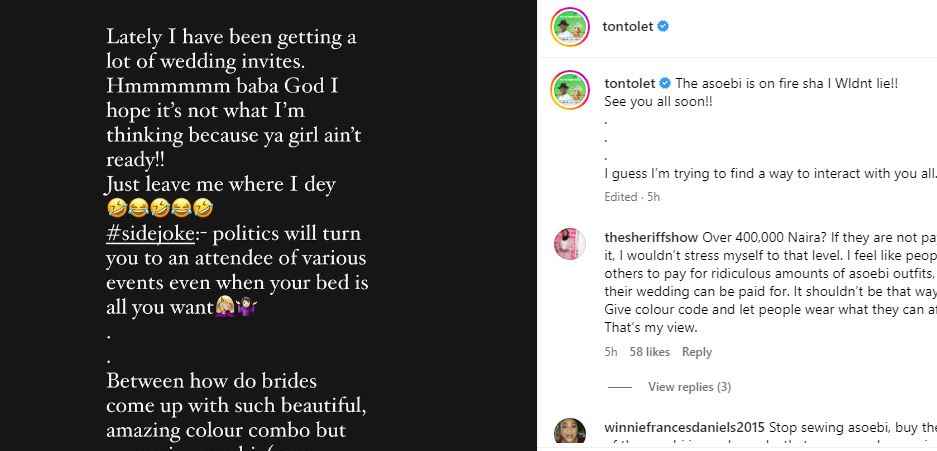