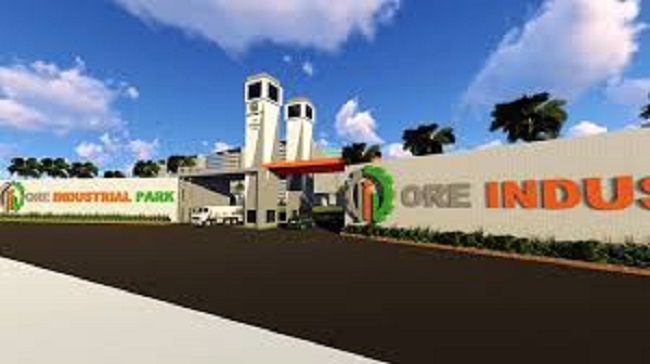 The Chief Executive Officer and General Manager of Ore Industrial Park, Femi Akinkuebi, said the establishment of the industry has helped to cushion the effect of unemployment in the state, saying no fewer than 6000 workers had been employed in the last one year.

Akinkuebi who made this known while speaking with newsmen in Akure, Ondo state capital, said the industrial park which housed many industries will employ about 120,000 workers within the next ten years while 40,000 workers will be employed in the next five years.

He described the steps taken by Governor Rotimi Akeredolu- led administration over the park as one of the best business decisions, noting that it has changed the narrative of the state from being a civil service-driven economy to an industry-based economy.

He said the investors noted that the state has a huge potential, which they could put their money into and derive bountiful returns, which was achieved due to diverse resources ranging from agriculture to mineral deposits that the investors would explore.

He also said the park will avail youths, small and medium scale business owners within and outside the state the platform to thrive by growing and developing their respective business enterprise.

Akinkuebi said the Ore Industrial Park was created by the Akeredolu led administration in order to eradicate poverty, improve the standard of living, boost wealth creation, unleash the nation’s industrial potential, build a reputation for Nigeria in technology and industrialization.

He however, said: “As much as we are interested in foreign investors, we can’t forget our people, this necessitates our approach to encourage both local and international companies.

“The Ore Industrial Park has the capacity to employ not less than 120,000 workforces within the next 12 years at the park, it will create 40,000 jobs in five years, while over 6,000 workers have been employed in the last one year.

Akinkuebi said there are about six companies that are currently on ground while more companies will soon start operations at the park, saying the state government is more interested in giving opportunities to its people and also business-minded people

He said “even those with little or no startup capital are welcome to use our facility, we have a business conducive facility that will give your business the much-needed leverage to thrive”

The park has its own installed 30MW trio-fuel Independent Power Plant dedicated to providing power within the park and was sited on a massive 1000 hectares of eco-friendly, economic and industrially zoned land.