LAST week, an indication of the tireless efforts of the Dapo Abiodun administration to advance the economic fortunes of Ogun State was given in the national ranking of states’ revenue drive. Ogun, Nigeria’s Gateway State, ranked 4th in revenue generation with an inflow of N74 billion from January to September 2021, among other states of the federation. In the ranking released by Statisense, only Lagos, Nigeria’s economic capital, the Federal Capital Territory (FCT) which hosts federal institutions and is the seat of political power, and Rivers State with its massive oil wealth, beat Ogun to the game. In what was no doubt extremely cheering news, the state recorded a massive 131.5 per cent revenue increase in the months under review. According to the Chief Economic Adviser and Commissioner for Finance, Dapo Okubadejo, the feat is a first in the history of the state, made possible by the economic drive of the Prince Abiodun-led administration. Okubadejo added that various economic initiatives being implemented by the administration to enhance the ease of doing business had begun to yield positive results.

There’s indeed a very significant sense in which the massive IGR growth in Ogun State is only natural. The fact is well known that since Governor Abiodun assumed office, there has been appreciable improvements in the revenue generation drive. This is due to the well-thought-out policies and structures that he put in place which enabled the Ogun State Board of Internal Revenue to make a turnaround in its operations and  generate more funds into the government’s coffers. Beyond this, it is apposite to note that the administration created an enabling environment for many industries that previously were under the tax yoke of neighbouring states, and which also had the problem of land and accommodation where they were operating previously, to thrive. Those business outfits moved into Ogun State and began to change the business and IGR dynamic. And, what is more, the influx of companies is unrelenting: as a result of the enabling environment created by the Ogun State government, many industries are now relocating to Ogun State and businesses are now opening up.

Major cities like Ijebu Ode, Sagamu, Abeokuta, Sango Ota and many other towns and communities are now becoming industrial havens. Residents are excited that many industries are coming into their domain to better their economic lots. The Agbara industrial estate is on a massive high. Furthermore, the transparency exhibited by the government in relating with investors and, more importantly, the internal security arrangements that make Ogun State safe for business, are critical contributors to the exponential increase in revenue generation. Rather unapologetically, the Ogun State government is conscious of the fact that the state’s proximity to Lagos, Nigeria’s economic capital, is an added advantage. Which is why, in a strategic and visionary move in June this year, the governments of Lagos and Ogun states signed a Memorandum of Understanding (MoU) on joint development of infrastructure in borderline communities between the states. The main point is for Ogun and Lagos to collaborate and achieve greater industrialization and cost-effective development.

Then, the specific objectives are to take advantage of the recently signed Africa Continental Free Trade Agreement (ACFTA) through cost competitiveness and provision of industrial clusters with adequate infrastructure; achieve efficient port logistics through much more coordinated call-up systems where Ogun provides holding bays/parks for trailers heading to Apapa ports in order to reduce the traffic congestion in Lagos; foster collaboration in physical planning and urban development, slum regeneration, environmental challenges such as flooding, dredging, waste management and pollution control and engender cooperation in revenue and tax management, especially in the border towns; and ensure  efficient and effective enumeration and data sharing of citizens resident in border town areas, plus efficient and regular remittances of personal income taxes of Ogun residents working in Lagos State. The collaboration will boost internally-generated revenue (IGR) in both states by reducing tax leakages and increasing taxable persons, among others.

In the same month, the Ogun State government indicated that it was upgrading its survey systems, services and data to improve the ease of doing business. The state Commissioner for Industry, Trade and Investment, Mrs Kikelomo Longe, said the move was a key policy thrust to boost service delivery. Longe noted that the reforms would institutionalise best practices in survey, generate revenue in a fair and sustainable manner, as well as improve land administration which would further attract private sector investments into the state. As she argued, a key thrust of the approach is standardisation of survey systems, services and data to accelerate the sustainable transition to a modern, electronic and automated system that has proven to have significant revenue potentials in other climes.

Again, since the attempts by past administrations to introduce automation and Geographic Information System in the state’s land administration had not addressed the challenges of double allocation of land, accuracy of survey measurement, survey data revenue, as well as delay in the processes of title perfection, the Ogun State helmsman, in October, announced a one-month moratorium for residents and entrepreneurs, who have properties on portions of land already acquired by the government. His words: “Anyone or company that has built on government acquired land has up till November 30 to apply for ratification of their documents, as the state has emplaced a trustworthy and accessible digital platform providing matchless quality in the administration of land products and services.” Speaking at the launch of an online portal, Ogun State Land Administration and Revenue Management System (OLARMS), at the Tech Hub in Abeokuta, Governor Abiodun said: “OLARMS has its primary focus on areas such as titles ratification module for those that have built properties on government land that is under acquisition.” Analysts hailed the compassionate yet economically sound policy, saying that it would “address the fears of many home owners while at the same time broadening the state’s revenue profile.”

Against this backdrop, it comes as no surprise that Ibafo, Mowe, Abeokuta/Sagamu axis are witnessing the influx of businesses, as well as the growth of existing businesses. The key word is ease of doing business. If economic activities in Ogun State are now on an upward swing, it is because a template to that effect has been put in place. There’s no mystery about it. In the long run, this will help in the overall development in the state. Jobs will be created and lives changed for better. That’s what you get with a government that knows its onions.

Alli, an Economist contributes this piece through abdulyekinalli@gmail.com 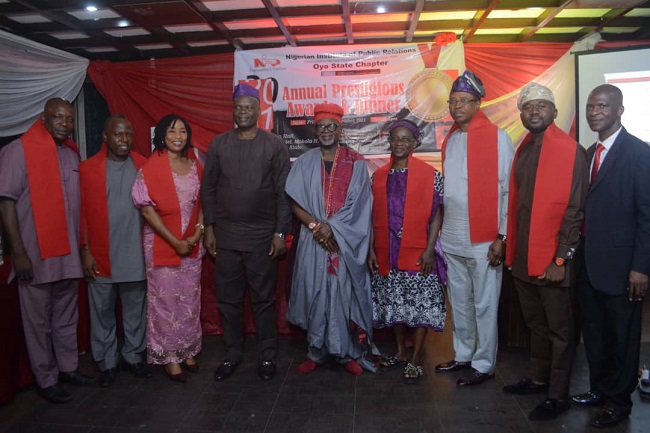