Registering his displeasure at the way DJ Neptune released the song without his permission, Rema went on a lengthy rant on Twitter. He wrote;

With all due respect chief! Dropped my old record without due process?!! I’m not happy at all. @deejayneptune Don’t violate the codes, can’t drop my song without my notice, can’t even remember the last time we spoke big bro, I pleaded with my manager behind the scenes when y’all tagged me before it dropped, y’all still went ahead! c’mon nau!
Rema also requested that the song be take down with immediate effect. 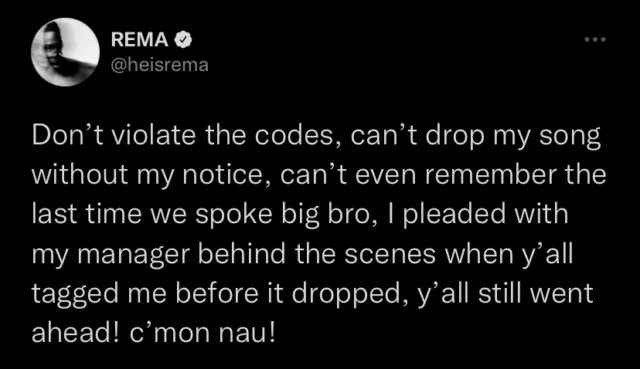 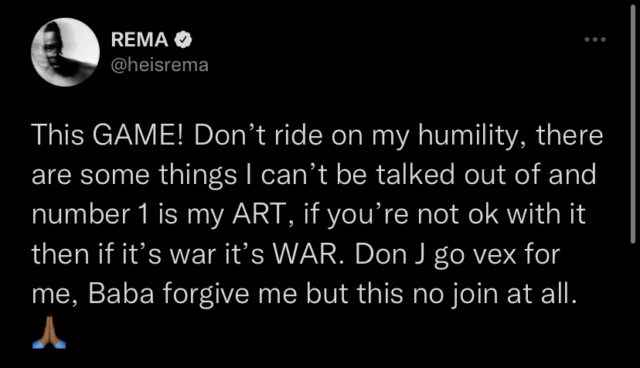 Check Out This Adorable Photos Of 2Face's Babymama, Pero & H...