Lekki, lies and tales by moonlight

COULD the Lekki massacre of October 2020 be a sad reenactment of the jungle justice perpetrated in 1977 where Fela Anikulapo’s mother was flung out of a second-floor window to her death by an agent of the dictatorship whom a panel later described as an ‘unknown soldier’? We shall soon find out. For now, it is worthy of note that our neighbouring country, Cameroun (which has been ruled by 88-year old President Paul Biya for 39 years who still wants to contest for another tenure in 2025), calls its national team ‘The Indomitable Lions’. They are a rugged and fearsome side not easily defeated. Perhaps we should also call ourselves ‘Indomitable Nigerians’ because, like Cameroun’s national team, nothing easily squashes our spirits, or bodies. There was a season when even lying military despots, who remain a not-to0 distant memory, could kill nothing inside you, as happened with Fela following his mother’s gruesome extra-judicial killing. Likewise, the falsehoods of present day ministers, corrupt government officials, a sitting president and his aides and spokesmen, can kill nothing in you. But we don’t have to hold tight to that borrowed ‘indomitable’ adjective from the Camerounians.

We have crafted a special nomenclature for ourselves. It suits us perfectly well and says a lot about our docile and sanctimonious nature. We tell ourselves that we are “a resilient people.” We have the incredible ability to bounce back from any adversity in the shortest time possible. Also, don’t forget that in Africa, names carry omens. Now, a little flashback would be appropriate to situate our subject in proper perspective. On October 20, 2020, soldiers confronted #EndSARS peaceful demonstrators at the Lekki tollgate, Lagos, during which some of them were killed and many others injured. This was widely reported by local mainstream and social media; and international news networks. However, the Federal Government, through the Information Minister, Alhaji Lai Mohammed, consistently maintained that no one was killed that day.

The Cable documented five instances in the past one year where Mr. Lai Mohammed vociferously refuted the reports of those killings, maiming and other human rights abuses. Some of these denials have been full of excoriating remarks and outright denunciations of individuals, credible sources and the organisations they represent.  According to the online publication, on November 2020, the minister took a swipe DJ Switch, a disc jockey, who filmed the army shooting #EndSARS protesters at Lekki tollgate, vowing that soon she would be “exposed for what she is.” Lai further described her as a “purveyor of fake news” and questioned her motive for saying that protesters were killed by the army which, he said, was “suspicious.” Also in November, the minister’s castigation of CNN was dripping with bile. He argued that its report on the Lekki shooting “did not just fall short of journalistic standards but reinforces the disinformation that is going around on the issue.” The minister, in a letter written to CNN, accused the international platform of deliberately leaving out video footage which could have shown that “armed hoodlums invaded the Lekki Toll Gate that night and could have hit any of the protesters as they shot sporadically…. This is clearly a ploy by the CNN reporter/presenter to manipulate viewers of its ‘investigative’ report and force them to draw the reporter’s desired conclusion.”

In its own report about the incident, Amnesty International (AI) had said that 12 people were killed by the military. But in January, 2021, Mr. Mohammed challenged AI to show proof of the 12 people killed or “shut up.” In February, 2021, he insisted that nobody had produced evidence of the people said to have been killed at the Lekki tollgate and described the allegations as “fake news and unverified social media reports.” And Mr. Mohammed, during a press briefing marking the first anniversary of the shootings in October 2021, further claimed that there was still no proof that any protester was killed. He described it as a “phantom massacre,” stressing that it was the “first massacre in the world without blood or bodies.” He added, more sardonically: “One year later, and despite ample opportunities for the families of those allegedly killed and those alleging a massacre to present evidence, there has been none: No bodies, no families, no convincing evidence, nothing…. Where are the families of those who were reportedly killed…?”

But The Cable reported on Monday, November 15, that a report of the Lagos State judicial panel on police brutality, which was leaked to the press that same day, showed that protesters were indeed killed at the tollgate on October 20, 2020. According to the New York Times (November 16, 2021), the report showed that the Nigerian Army shot and killed at least 11 unarmed, peaceful protesters and wounded dozens more. It added that four others were missing and now “presumed dead…. The atrocious maiming and killing of unarmed, helpless and unresisting protesters, while sitting on the floor and waving their Nigerian flags, while singing the national anthem can be equated to a ‘massacre’ in context.” The panel also listed 48 people as shooting victims. The army had insisted that it fired blanks to disperse the demonstrators. On the contrary, the judicial panel declared that ample evidence showed that “soldiers actually shot blank and live bullets directly and pointedly into the midst of the protesters at the Lekki Toll Gate, with the deliberate intention to assault, maim, and kill.”

It further maintained that the soldiers turned back ambulances that arrived to help wounded protesters.

Obviously, the information minister had not been telling the truth about what happened that day at the Lekki tollgate, Lagos.  Analysts say that his acerbic outbursts that “No bodies … no convincing evidence, nothing…” had been discovered were the height of insensitivity to the dead and their living relatives. Thus, the backlash from the Human Rights Writers Association of Nigeria (HURIWA) was harsh. In a statement issued on November 16, 2021, HURIWA National Coordinator, Comrade Emmanuel Onwubiko, urged President Buhari to sack and arrest him “for committing a grave and heartless offence that is equivalent to the denial of the Holocaust of the six million Jews by Adolf Hitler, which is punishable by nearly half a century of incarceration.”  While praising the bravery of the panel’s members and chairperson, the human rights body challenged President Buhari “not to sweep the lawlessness of the security agencies under the carpets.”

But Mr. Lai Mohammed has hit back at the panel and rubbished its report, which he labelled as ‘tales by moonlight’ – a Nigerian folk tales children’s television show. During a press conference in Abuja on November 23, 2021, the minister insisted that the report would not change the Federal Government’s earlier declared position that there wasn’t a massacre, “adding that the report is intimidation of a silent majority by a ‘vociferous lynch mob’” (Daily Post, November 23).  But many analysts say they are not surprised by the Federal Government’s position given that it has never owned up to such accusations of human rights abuses and the spike in corruption in the country from Amnesty International and Transparency International in the past. Only recently, the government lambasted The Economist for offering a very bleak assessment of the administration’s overall performance so far. Now, can Lai’s falsehoods and those of the other president’s men, even his (the president’s), still kill something inside of you? No they can’t, because you are ‘resilient’. You can weather all vicissitudes – hunger, poverty, hyper-inflation, stolen elections, endless strikes, Boko Haram killings, bandits’ attacks, impeachment of a speaker by 8 members of a 24-member parliament, etc – with religious equanimity and calm. Resilient people do not whine about the tissues of lies often hurled at them by leaders who must soften their consciences in order to sleep well at night. We are a people who allow our leaders get away with all manner of atrocities and misdemeanors.  In fact, is Nigeria as presently constituted and wired not itself a big lie? Set up as a trading outpost for colonial masters, our country has so far been oiled and held together by a single primary commodity – crude oil. Our country is a true commercial enterprise, a business venture driven by the profit motive. The oily, shimmering surface belies the contradictions swirling down below. No wonder, our unity is teneous – a sea of vaporizing mirages.  Those, especially from the core north, who endlessly mouth platitudes about national unity and patriotism are only inspired by the lucre they scoop from the oil wells that lie in the belly of this wobbly contraption and nothing else. Do you think they would have stuck to this union so tenaciously and continue singing its praises to the high heavens if the black gold was not at the bottom? Expert illusionists, they juggle lies and the beauty of national unity and patriotism before our eyes to keep us perpetually spell bound. 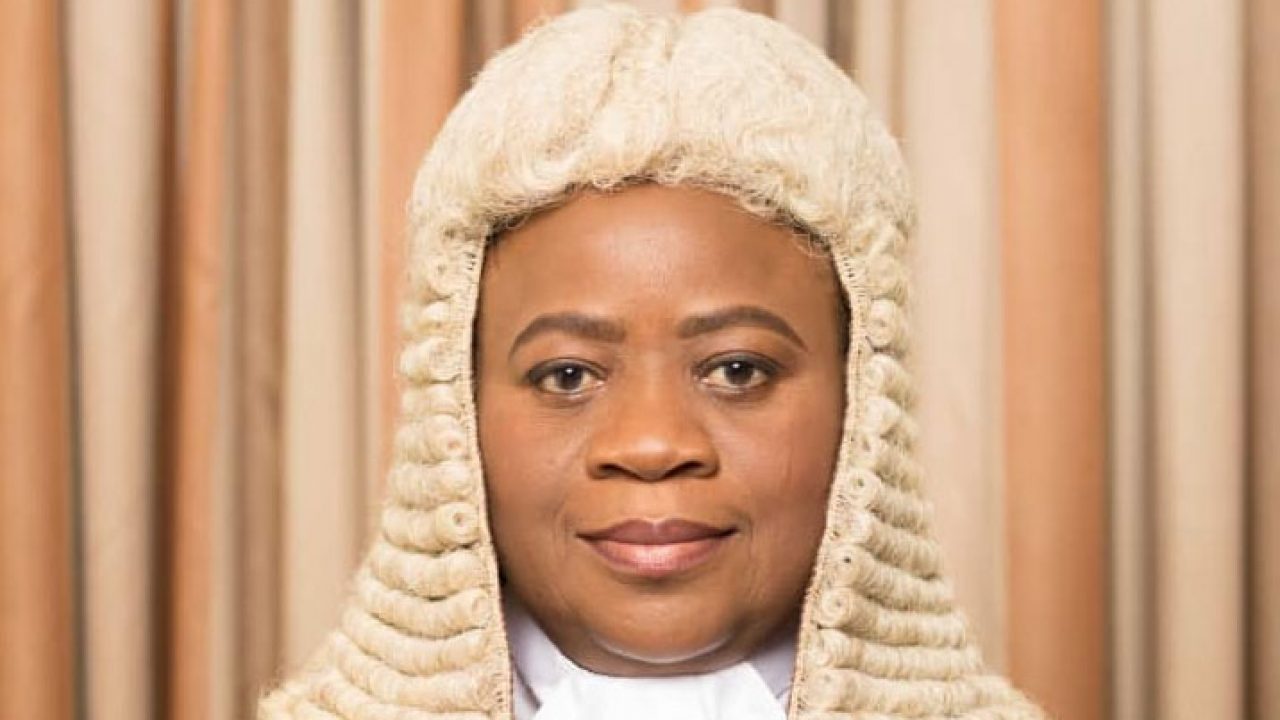 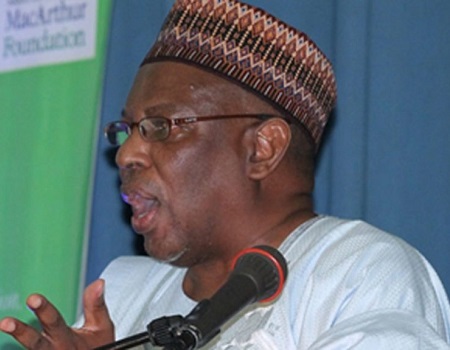