Singer Tiwa Savage has congratulated fast-rising singer Tems and legendary African singer Angelique Kidjo on their Grammy nominations at the 64th Grammy award nomination which was announced a few days ago. 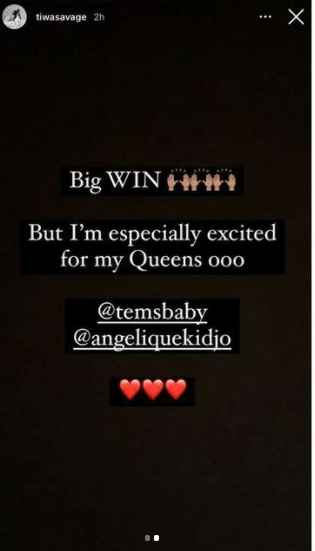