IT has been a dreadful period for corps members serving in Ibarapa community in Oyo State and their counterparts in Jos, Plateau State as a result of the incessant killings going on in both communities which had cast a shadow of fear and uncertainty upon the two communities. Indeed, it is a period of turbulence that had made it impossible for them to move about or sleep peacefully.

The constant attack in both communities especially in Plateau where attacks have been sustained has made many corps members give up on the scheme and the scamper to relocate is high among them.

One of the recent Plateau attacks occurred on Saturday, August 14, 2021 when at least 25 Fulani travellers were intercepted and killed by suspected Irigwe militia in Jos. This was followed by subsequent reprisal attacks, one of such occurred on August 25, when gunmen, reportedly invaded and attacked Yelwan Zangam community, close to the permanent site of the University of Jos, killing about 35 people.

It was gathered that the reprisal attack occurred at about 9 pm on Tuesday, August 24 and lasted till August 25, despite the dusk to dawn curfew in Jos North as well as Jos South and Bassa local government areas.

Meanwhile, in Ibarapa community, another report observed that no fewer than 10 residents of Igangan community, in the Ibarapa North area of Oyo State were killed, on Saturday, June 5, by suspected Fulani herdsmen. Subsequent attacks followed suit, including the Friday night attack of July 16.

These and more recorded attacks brought unrest and fright to the minds of corps members serving in the crisis prone areas which prompted them to write various letters of petition to the Director General of the National Youth Service Corps (NYSC), Brigadier General Shuaibu Ibrahim, to seek redeployment from their states of primary assignment.

Some of the corps members shared their experiences with Nigerian Tribune, narrating tales of woes, fear and a loss of confidence in the ability of the scheme and government to protect them.

“It started with running and commotion at Rukuba road. I am staying at the Corper’s lodge and it happened very close to us. The attack started beside the Feringada market, people were killed at midnight and some were burnt inside their houses. I cannot explain how I felt seeing corpses that were being carried to the government house,” he said.

Simon said he and other corps members witnessed the aftermath of the tragic event; a tense environment, palpable fear and feeling of helplessness. He disclosed that the number of corps members in Jos had reduced as some absconded with the buses sent by different state governments.

He said that the curfew placed by the state government was duly observed; adding however, that it was of no benefit to them as they were attacked while the curfew was in force before it was relaxed. He went on to commend the security presence in their area but bemoaned the hike in prices of food stuffs.

Nkechi Okonkwo serving in the Jos South local government area of Plateau State said although her area wasn’t affected, she and other corps members experienced shock and lived in fear because the attacks were happening very close to them.

“The crisis was more serious in Jos North,” she said. She recounted that when the reprisal attack happened, on early Wednesday morning, offices were vacated, works and schools were closed and people were made to stay indoors.

“It all happened suddenly and we were made to stay indoors for days, without any previous warning. There was shortage of food as nobody was able to go out to buy food stuff. The major market in the state is situated in Jos North, so it was closed down and this accounted for lack of food stuff and inflation of the prices.

“We observed the curfew, the environment was calm and there was obvious presence of security operatives. There was total halt to NYSC activities like Community Development Service (CDS), going to the Place of Primary Assignment (PPA), and doing the monthly clearance.”

“The Jos South Local Government Inspector (LGI), addressed corps members, warning us on the need to be at the right place at the right time. The LGI cautioned us on unnecessary traveling, wearing of the NYSC khaki and on being vigilant. We were also dissuaded from writing petitions to be redeployed to other crisis free states.”

“To the glory of God, we haven’t gotten any news on any corps member being affected by the crisis but the fear still lives with us,” she stated.

“It was a disturbing sight as many villages were affected, some persons were burnt in their houses but so far, no corps member has been affected. The LGI of Jos North Local government area has addressed the corps members to keep safe and stay indoors,” he said.

Bamidele Oluwanifemi, a serving corps member in Jos South said he was lucky not to be a victim as he was at Terminus market in Jos North around UniJos to buy some stuffs when the commotion started, adding that he had to immediately stop a commercial bike that took him back to his residence at an alarming fare.

He said corps members in the affected areas have been living in fear as, adding that there are many corp members in the area as “the Nigerian Christian Corpers Fellowship (NCCF) family house is located at Rukuba road, so also is the National Association of Catholic Corps Members (NACC) Family house which is located in Youtane, very close to Rukuba road.”

“Many corps members staying in both houses escaped out of town because of the heat of the attacks. I learnt that about 300 petitions for redeployment were written by Plateau corps members and sent to the NYSC Director General through the Plateau State coordinator,” he said.

Narrating his experience, a corps member serving in Ibarapa Central Local Government Area of Oyo State, Francis David (not real name), implored the government to stop posting corps members to crisis prone areas as it was hard for him to cope during the Fulani herdsmen attacks.

He said, in as much as the attacks have gone down for a while, corps members in Ibarapa still live in fear of further attacks, adding that the Fulani herdsmen attack was something he would never want to experience again.

Living in the school environment where he was posted to, he said, made him more vulnerable to the attack.

Recalling his ordeal, he said, “I can remember we were running helter skelter; parents picked their children in a haste. The teachers and the principal ran away. I was left with no place to go. I ended up reaching out to the priest in charge of where I worship. He gave me shelter.

“On my way there, I passed a truck packed with dead bodies. Making it to the church house, I stayed there for three days before the heat of the attack died down. That was how I felt a little bit safe. Even my friend who narrated his ordeal to me told me how she escaped bullets from the herdsmen attack; it’s a very traumatising experience. The subsequent attack that happened on Friday night scared the living daylights out of me. Honestly, I don’t think it is right posting corps members to places like this. Corps members’ lives should be of concern to the government,” he concluded.

Meanwhile, on Monday, August 30, the Governor of Plateau State, Simon Bako Lalong, relaxed the curfew imposed on the troubled Jos North local government area as he threatened that anyone who failed to follow lawful means to settle their grievances should be ready for a showdown with the government because his administration would never tolerate killings and destruction of properties under any guise.

Addressing the fears of the corps members he said, “I have assured the management of the NYSC that the government will partner with them to guarantee the safety of corps members posted to the state.

Meanwhile, despite the ongoing peace efforts in Plateau State, it recorded a fresh attack on September 6, leading to the death of four persons at Kpachudu and Reweinku villages in Miango district. 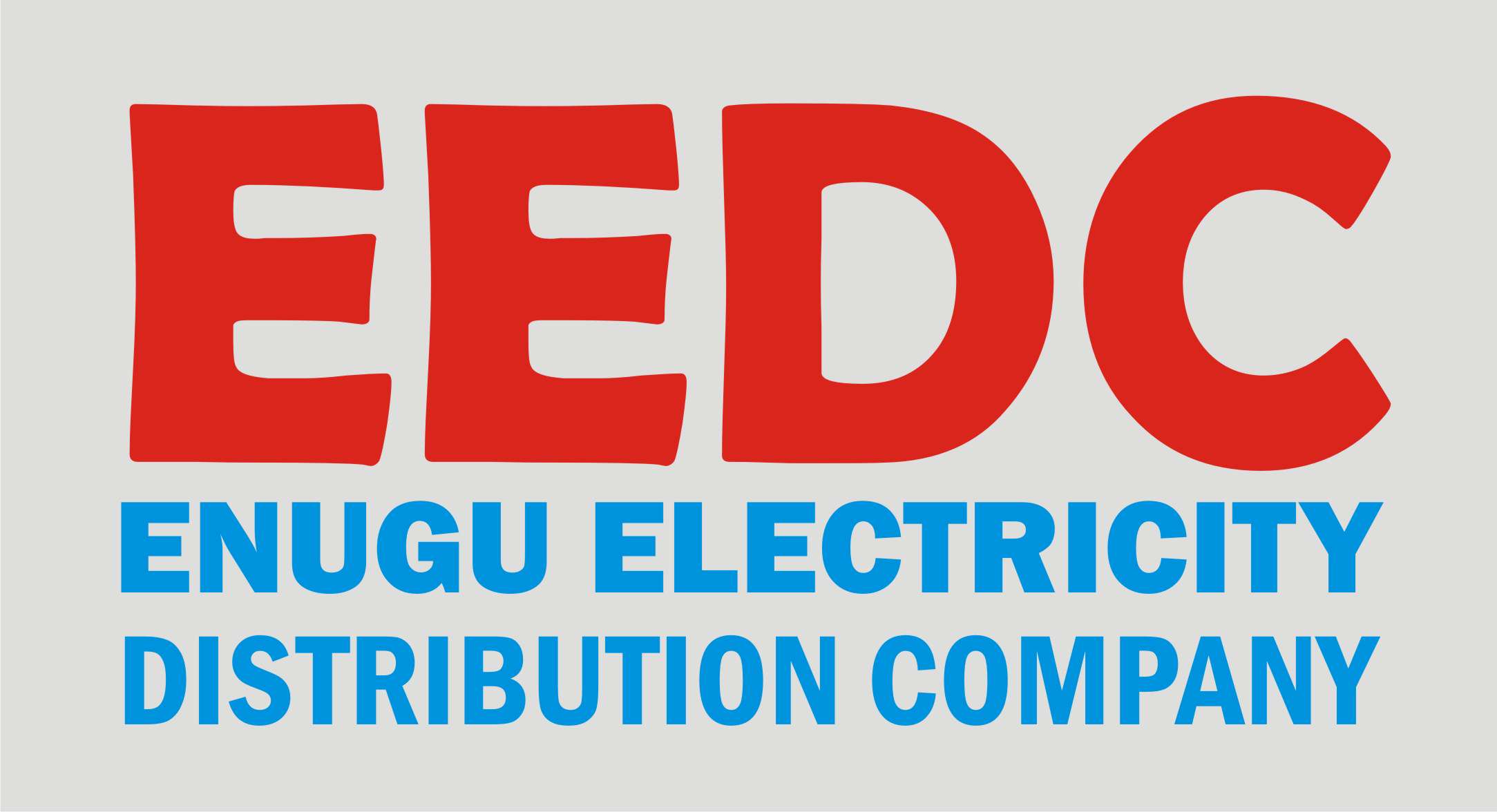