A Benin based pressure group, New Nigeria Initiative (NNI), on Tuesday, staged a protest in Benin City, where it tasked the Edo State government to take a cue from other states and urgently pass the law banning open grazing so as to curb the growing menace of herdsmen in the state.

The group said that its decision to embark on the protest was informed by Tue fact that two weeks after the September 1, 2021, deadline set by the Southern Governors Forum, (SGF), for all the 17 southern states to pass the anti-grazing law, there was nothing to show that Edo State had done anything in that direction.

This, the NNI noted was in spite of Tue fact that on a daily basis, herdsmen make life unbearable for the people of the state.

The protesters carried placards with different messages such as: “The south-south governors’ forum on anti-grazing law will stand, “September 1, 2021, anti-grazing law agreement must be enforced,” “Domesticate VAT collection in Edo State.”

They lamented the horror being perpetrated by Fulani herdsmen on peaceful and law-abiding people of Edo State, including the recent kidnapping of Dickson Imasogie, a PDP leader in the state.

Uwadiae Odigie, chairman of the group, said they had made several efforts to send the related bills to the Edo State House of Assembly but yet to yield any positive outcome.

Odigie noted that while other states had prohibited open grazing, Edo State had refused to get on the bandwagon as suspected herdsmen continued to unleash terror in the state.

“Now that many states within the South-South have responded to the September 1, 2021 deadline and the Fulani herdsmen are still ravaging our forests and highways with the fiercest brand of terrorism ever, with its attendant catastrophic consequences on our psyche, what is Governor Godwin Obaseki of Edo State waiting for?” Odigie queried.

He added, “We have also been mounting pressure on Marcus Onobun, Speaker, Edo State House of Assembly on the urgent need to pass the bill on the ban of open grazing in Edo State but all efforts have been abortive.

“We are worried about the inability of the Edo State government to respond to herdsmen who have turned the state into a sanctuary for barbarism.”

Receiving the group at the Nigeria Union of Journalists, (NUJ), Edo Council Secretariat, the Council Chairman, Sir Roland Osakwe, said that the protest tallied with the position of the Edo NUJ that the Edo State Government should follow the pace set by other southern states in promulgating laws, banning open grazing in the region.

In spite of the huge investment in the water sector by the government and international organisations, water scarcity has grown to become a perennial nightmare for residents of Abeokuta, the Ogun State capital. This report x-rays the lives and experiences of residents in getting clean, potable and affordable water amidst the surge of COVID-19 cases in the state…  Group tasks Obaseki, EDHA on anti-grazing law 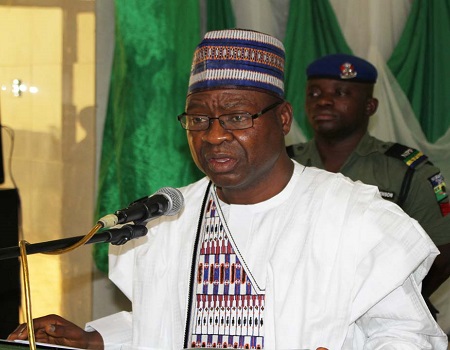 Omicron Variant: It is unfair to place Nigeria on red list ―...