FG to use N250bn Sukuk proceeds for road projects ― DMO

The Federal Government has said that the proceeds of the FGN N250 billion series 1V Sukuk issuance would be used to finance key economic roads identified by the Federal Ministry of Works and Housing, Federal Capital Territory Administration (FCTA), and the Ministry of Niger Delta Affairs.

This was disclosed by the Director-General, Debt Management Office (DMO), Patience Oniha, in Abuja, on Monday, at the media sensitisation to the issuance well as inviting investors within and outside Nigeria to participate in the sovereign Sukuk being issued.

Ms Oniha pointed out that the Federal Government decided to issue the Sukuk fund for the construction and rehabilitation of key economic roads across Nigeria.

She explained that the government opted for Sukuk issuance to offer ethical investors an opportunity to invest in government-issued securities, to achieve a higher level of financial inclusion, raise project-tied funds and deepen the domestic financial markets.

The DMO had issued three Sukuk previously in 2017, 2018 and 2020, raising a total of N362.57 billion to finance road projects across the six geo-political zones of the country.

The Accounting and Auditing Organisation for Islamic Financial Institutions (AAOIF) defines Sukuk as “certificates of equal value representing undivided shares in ownership of tangible assets, usufruct and services or (in the ownership of) the assets of particular projects or special investment activity.”

Verdict: The claim is false. The content of the article published by these online platforms is not new; it has been recirculated several times and has been debunked.FG to use N250bn Sukuk proceeds for road projects ― DMO

FG to use N250bn Sukuk proceeds for road projects ― DMO 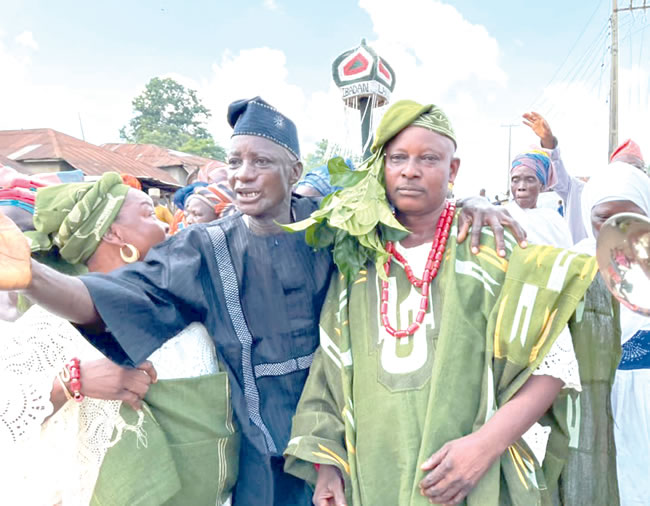 For Nigeria to grow, embezzlement must stop — Ogunade