The Gombe State Governor, Muhammadu Inuwa Yahaya has tasked Nigerian security chiefs to as a matter of urgency and necessity take proactive measures to stem repercussions of the current situation in Afghanistan.

Yahaya stated this while speaking as the Special Guest of Honour, at a Roundtable Discussion on “the Security Situation in Afghanistan: Implications for Nigeria and Africa”, organized by the Alumni Association of the National Defence College in Abuja on Friday.

While making this call, he also advocated for a very strong synergy among tiers of government, security agencies in order to completely win the ongoing war against insurgency in the country.

The Governor further stressed that the unfolding events in Afghanistan and other countries demand that authorities in Nigeria take proactive measures to stem any grave repercussions.

The Governor who described the event as apt and timely noted that Nigeria and Afghanistan share a lot of characteristics, hence what affects the South Asian country has consequences in Nigeria and Africa in general.

He also said that the implications of the development in Afghanistan and other countries across the world are worrisome and disturbing, especially with the insecurity that is challenging the fabric of Nigeria.

Inuwa Yahaya however observed that presentation of papers and holding of roundtable discussions are not enough but implementing the outcomes of the deliberations is what matters the most.

He lamented that “We are good at organizing seminars and roundtable discussions but at the end of the day nobody implements the outcome of the deliberations so held, I, therefore, urge the organisers of this roundtable to see to it that the communique that will be issued at the end of the engagement is implemented to the later”.

The Governor who shared with participants, the Gombe state experience, advocated for a strong synergy among the Federal, States, Local Governments and other relevant stakeholders so that issues of security are nipped in the bud before they snowball and get out of hand.

Inuwa Yahaya said that “I think it is expedient to share the experience of Gombe State so that together we can cross-fertilize ideas; for sure being in the North East and in the centre of the region sharing boundaries with all the remaining five States, Gombe is very vulnerable and it equally has the experience of the attendant consequences of the displacement of people within the subregion”.

The Governor, however, remarked that prior to taking over as Governor, he set up a security transition committee that was saddled with the responsibility of analysing the security situation with a view to providing a roadmap on how to manage the security architecture in the State.

He also explained that on coming into office, he established a ministry to take charge of internal security and ethical orientation being the first of its kind since the creation of the State.

He said the ministry coordinates between the State and security agencies as well as with traditional institutions and cultural organisations with a view to imbibing and maintaining the excellent traditions embedded in the people’s culture.

“So far I can say we are doing well even though Gombe is not in the frontline but being in the middle, it is a transit route for weapons, strategic planning and even for distribution of illicit drugs as well as other materials needed by the insurgents for them to operate and we are making frantic efforts at closing these gaps and making sure that we curtail such nefarious activities and maintain the relative peace,” the Governor said.

Inuwa Yahaya said these challenges arose as a result of the peaceful nature of the State which has seen the influx of Internally Displaced Persons, IDPs, stressing that the situation could have been worst but for the proactiveness of the Gombe State Government under his leadership.

He said providing security and infrastructure in the state irrespective of who finds Gombe as a home is very paramount to his administration.

He stressed that “On top of that there is a lot of stress being put on our resources but yet we are not a frontline State; we find it difficult to cope considering the fact that Gombe is not an economically buoyant state, we have series of difficulties which we are joining hands with the Federal government and relevant partners to solve”.

The Governor observed that governments at all levels risk exacerbating the situation if social amenities are not provided and jobs for the youths who are usually the foot soldiers for any civil unrest are not taken care of, stressing that the forum needs to take a proper look at these issues.

He equally advised that repentant Boko Haram insurgents who are undergoing de-radicalization should be properly reintegrated into the society with proper vocational training that could sustain them and take their minds off the possibility of picking arms again.

The Minister of Defence, General Salihi Magashi, represented by Major General AT Jibrin, (Rtd), commended the organisers of the roundtable and assured of FG’s readiness to consider recommendations that will come out of the meeting.

On his part, the Chief of Defence Staff, General Lucky Irabor called for sustained synergy and interplay amongst the security agencies and all relevant stakeholders to be able to deliver on the mandate of ensuring the security of the lives of the people. 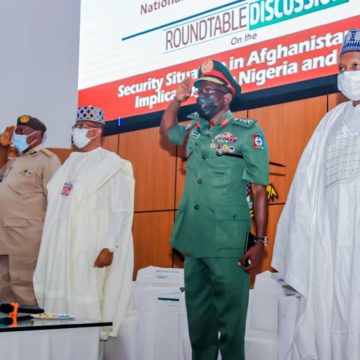 The National Security Adviser and the Commandant of the National Defence College both agreed that the nation is indeed in need of solutions and collective efforts in dealing with the contemporary challenges, hence the desirability of this discussion.

Earlier, the President of the Alumni Association of the National Defence College, Air Commodore DE Abdullahi said, “We feel highly concerned about the situation in Afghanistan and its attendant consequences, that is why we convened this discussion with a view to drawing lessons for Nigeria and Africa”.

He added that “In drawing the lessons, governance is key, that is why we have the Governor of Gombe State, who, despite the situation in the North East, has succeeded in maintaining relative peace in his state; this is highly commendable.”

VERDICT: The claim that water gotten from snails (snail slime) and peak milk can cure partial or full stroke is false.

FULL STORY: On July 26, 2020, a Facebook user, Prince Nnamdi Enyinnaya Emelelu Eluwa, in a post claimed that water gotten from snails (Snail slime) and peak milk can cure partial or full stroke. The post which is over a year old has recently been reshared by other Facebook users.

Marburg Virus: What You Need To Know About Disease Recently Detected In West Africa

On Monday, August 9, 2021, the World Health Organisation (WHO) confirmed the first case of Marburg virus in West Africa in Guinea. This development has sent shivers down the spines of West Africans who are still grappling with the effects of the coronavirus pandemic. But before this dreaded disease is greeted by rumours and misinformation, here is what you have to know about the virus.APC states to establish Health Emergency Trust Fund…

FACT CHECK: US Did Not Give Nigeria 48 Hours Ultimatum To Detain Abba Kyari

VERDICT: The claim is false and misleading. The US did not give Nigerian Federal Government 48 hours ultimatum to detain Abba Kyari.

FULL STORY: Tons of reactions have greeted the indictment of suspended Deputy Police Commissioner, Abba Kyari, by the United States District Court for the Central District of California.

The court indicted Kyari following his alleged involvement in the international scheme to defraud a Qatari school founder of over $1 million. The fraud scheme was masterminded by popular Instagram celebrity, Ramon Abbas, also known as Hushpuppi.

The Dangers In Mixing Toilet Cleaner With Bleach

Few weeks ago, Eniola Oyemolade, a journalist, decided to get creative while cleaning, by mixing a toilet cleaner and a bleach together. She did this with the thought that if one product works, mixing it with another would make it even better.

Unknowing to her, Mixing bleach with toilet cleaner creates a poisonous gas that can cause adverse health reactions, including death.

“After the mixture, I started feeling a burning sensation in my throat and I had to leave the room because the odour was really bad too,” she said. 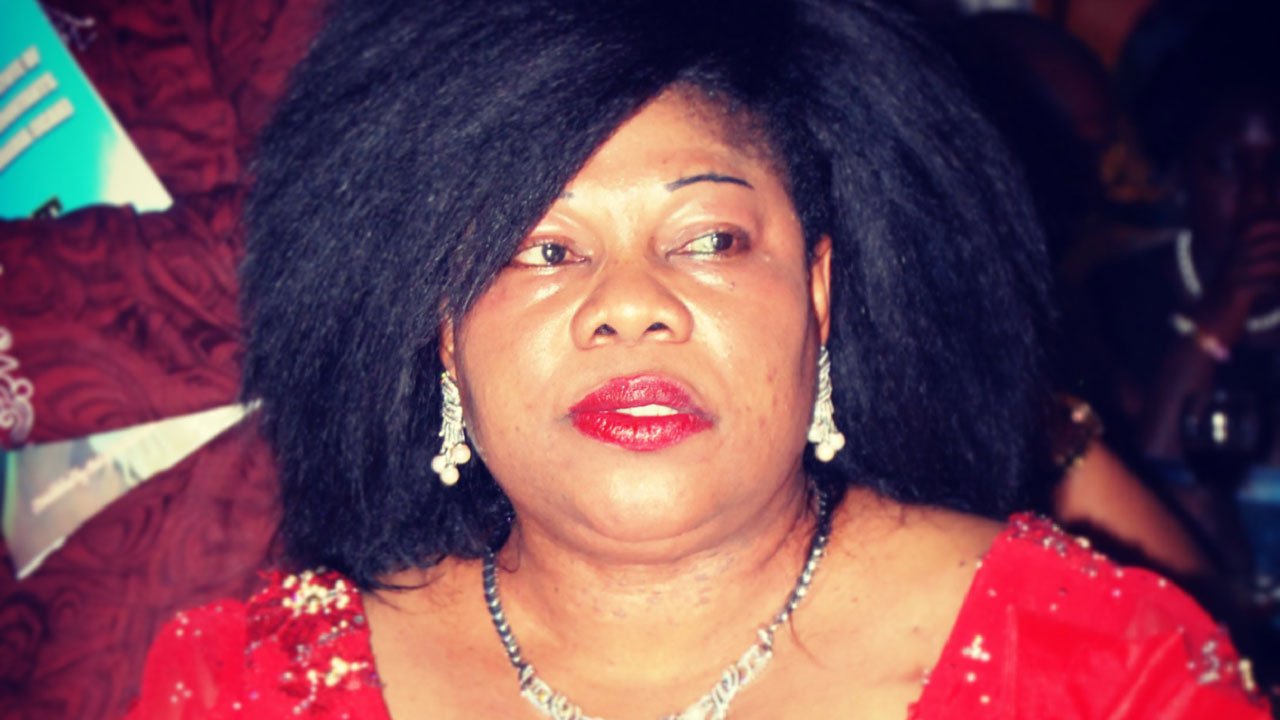 Ex-NSITF boss, Olejeme gets bail after 24 hours in EFCC cust... 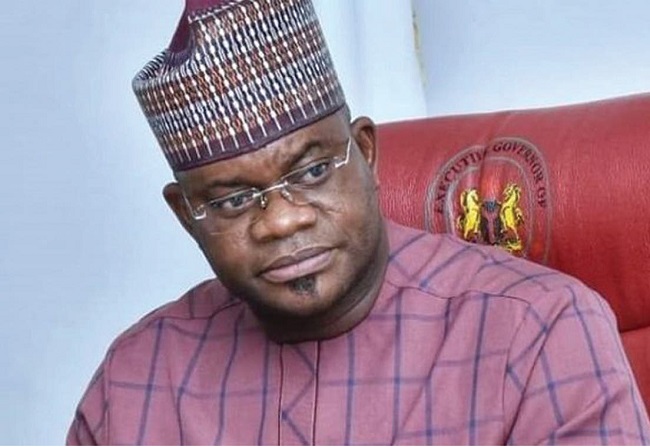